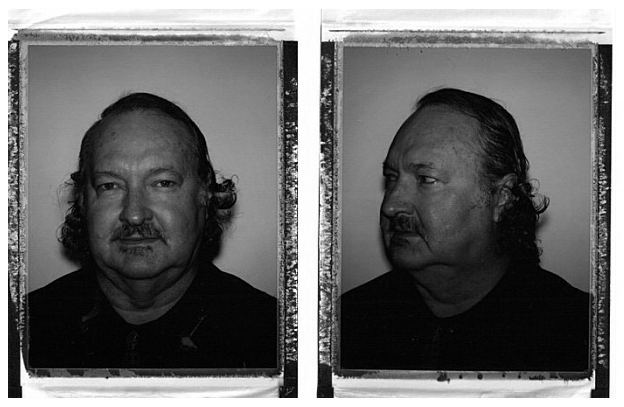 A Nerd’s World is nothing less than ordinary, from the people that enter through the door to the rare and funky cameras displayed on the wall. Then comes a day when you get a phone call by the famous Quaid couple, and your life changes. Evi Quaid called A Nerd’s World on a Monday, acknowledging that she found our business card at Starbucks and knew she wanted to hire us for her Star Wackers website. Star Wackers is a documentary by Evi and actor/husband, Randy Quaid, exposing the Hollywood scene and the “wackers” that target A-List celebrities.

The lovely Evi Quaid, friend and muse of the late Helmut Newton, first came into the shop dressed in denim overalls and a red lumber jacket. Her eyes lit up as she stared at the gallery of photographs, and vintage cameras. “I knew when I saw your Polaroid business card, that you were the one’s I was looking for.” said Evi. At first, I wasn’t sure what that meant. With all the controversy and media, it was easy to mix up the stories and reality. Many hours of talking, laughing, and reminiscing Evi’s exciting life – it was then, that I knew a business relationship and friendship was born.

In less than a month, Evi and Randy Quaid frequently visited the shop. On a few occassions, I had the opportunity to photograph them. Evi and her natural beauty shone through, and the actor in Randy was evident in a variety of facial expressions and poses. Their precious dog, Doji also made an appearance in some photographs, since he was always with them. I am planning to enlarge my polaroid headshots on a grand scale to show in our gallery in the near future.

View polaroids from our shoot