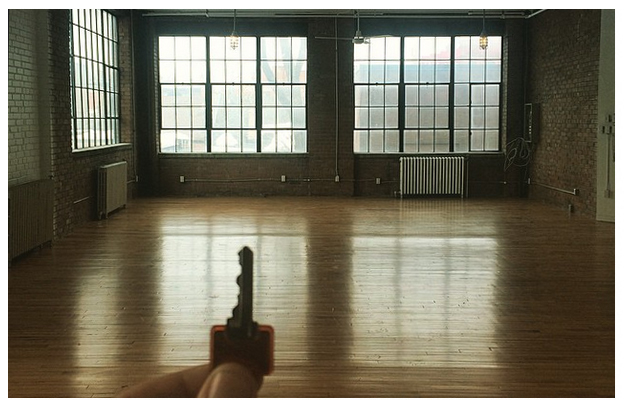 A Nerd’s World is pleased to announce the opening of our new location in the heart of Toronto’s Garment District. Our boutique creative firm is opening its second location in response to organizational growth and expansion. Acting as our official headquarters of a Nerd’s World, the new office is located at 688 Richmond Street, and will be hosting its official launch party on Wednesday, April 1, 2015.

Husband and wife team Chris and Grace Hughes opened the doors to A Nerd’s World in the spring of 2012. The small shop, located at 986 Bathurst Street in Toronto’s Annex neighbourhood, piqued the interests of many passers-by with its vintage storefront display, original stained glass window and hand-painted typography. Offering Website Design, Photography and Graphic Design services, the couple had no idea that the business would quickly outgrow the small Annex location.

“Every morning, our inbox is flooded with requests for proposals.” Says Chris Hughes, owner of A Nerd’s World, as he takes a break from painting a wall at the new headquarters. “Sometimes I wonder if I’m going to wake up from a dream. All of our hard work is coming together now.” He adds that preparing for the unexpected, and being open to change has had a significant impact on his success. In 2014, A Nerd’s World generated over $1.1 million in sales — well over its anticipated revenue for the year.

With a close-knit team consisting of a Creative Director, Copywriter, Illustrator, Project Manager, and eight Web Developers, one can only imagine what’s in store for our young company. To keep up with the demand of business, we are recruiting top talent to join our team of Nerds, we hope to have 30 full time staff members at our headquarters in the beginning of April. Acting as the flagship store, the original location at 986 Bathurst Street will remain open as usual and we always welcome walk-in traffic throughout the week.